Skip to content
Nsofu is situated in the Lower Zambezi within the Chiawa Game Management area.
Our Services
Sunset Cruise
Sunset cruises depart the lodge at 4pm, and will take you up and downstream to view the late afternoon activities of the abundant wildlife that call the Zambezi their home.
Contact Us
Accommodation
We offer a beautiful shady camping ground for our budget traveler overlooking the Kafue River.
Book Now
Previous
Next

Nestling in the shade of indigenous riverine trees on the confluence of the banks of the Mighty Zambezi and Kafue river lies NSOFU- the newest addition to the Nsofu collection of homely safari/fishing lodges.

NSOFU has been sensitively designed to allow ample space to relax, unwind and savor the tranquility of the River.

A hideaway of untold tranquility where romance and adventure are intertwined for the perfect getaway- Truly, home away from home with an exceptional view. 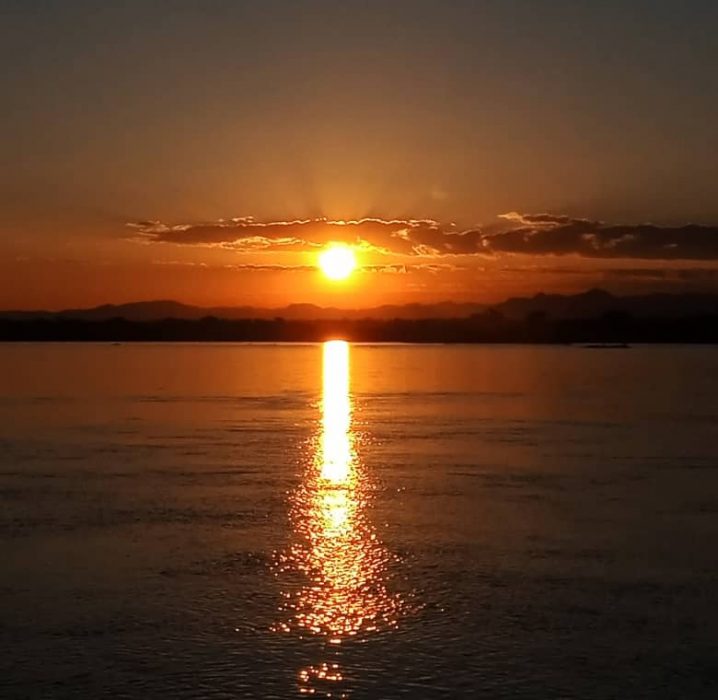 The Property extends on the stretch between the Kafue and Zambezi River. The Direct corner of the Confluence where Two Rivers meet creating an apparent view of the magnificent union. The difference in color, depth and beauty of the mass of water is a beautiful sight. Nsofu is directly opposite the Kanyemba Island, home to a variety of Wildlife, Elephants, Buffalo, Bushbuck, Impala, Baboon to mention a few.

ABOUT THE ZAMBEZI RIVER

The river is an amazing 2,200 miles (3,540 kilometers) long. The Zambezi is the longest east flowing river in Africa. Its source is in the wetlands of the Mwinilunga District of north-western Zambia,near the border where Zambia, Angola and the Congo meet. The Zambezi flows through six countries. From its source in Zambia the river flows through Angola, Namibia, Botswana, Zimbabwe (along its border with Zambia), and then across Mozambique to the Indian Ocean.

There are several waterfalls on the Zambezi including the amazing Victoria Falls, which is one of Africa’s most popular sightseeing spots. Other waterfalls on the Zambezi include Ngonye Falls in Western Zambia and Chavuma Falls on the border of Angola and Zambia. The river is frequently interrupted by rapids and therefore has never been a means of long-distance travel. One of the most unfortunate Zambezi River Facts is that water pollution is a major problem. None of the major cities have adequate water treatment plants. A tremendous amount of raw sewage is released into the river.

Many species of fish can be found in the river including yellowfish, catfish, tigerfish, and cichlids.

The River’s beauty attracts thousands of tourists every year. Tourist travel to the Zambezi for sightseeing, rafting, boating, and game viewing.

In 1498,Vasco da Gama became the first European to see the Zambezi River. He called the Zambezi the “River of Good Omens” (Rio dos Bons Sinais).

Compared to the other major rivers in Africa the Zambezi has been little explored.

The annual flood of the Zambezi River brings about one of the best known ceremonies in Zambia called Kuomboka. Kuomboka translated means “to move out of the water”. This ceremony attracts thousands of tourists every year. 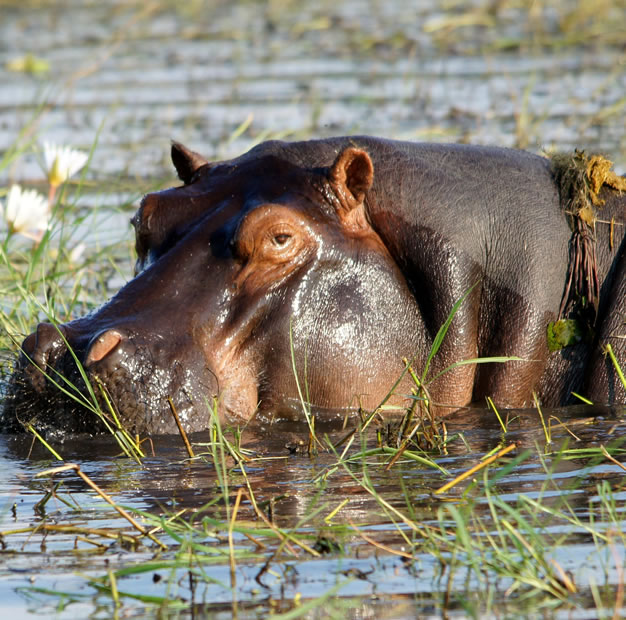 A huge source of hydroelectric power on the Zambezi is the Kariba Dam. At 420 feet (128 meters) high and 1,900 feet (579 meters) long it is one of the largest dams in the world. Its construction was completed in 1977. Eighty six men lost their lives building it.

Bull sharks (also called Zambezi Sharks) which normally live in costal waters have been known to swim very far up the Zambezi River.

ABOUT THE KAFUE RIVER

The source of the Kafue River is at the border of the Democratic Republic of Congo and Zambia, about 120 km north-west of Chingola

The river starts as a trickle from the marshy dambos. After flowing for a long distance of about 960 km, it joins the Zambezi River at NSOFU!

The Basin of River contains Kafue National Park. The waters of the River are used for irrigation and hydroelectric power such as the Kafue Gorge Power Station. It is a major tributary of the Zambezi River and of course it is one of Zambia’s principal rivers.

The River passes close to the Copperbelt towns of Chililabombwe, Chingola, Mufulira and it flows along Kitwes outskirts. 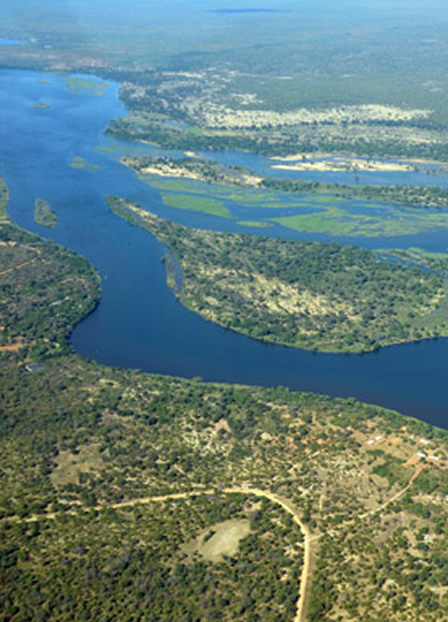 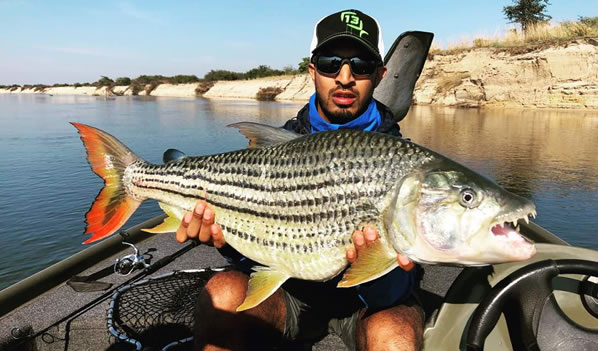